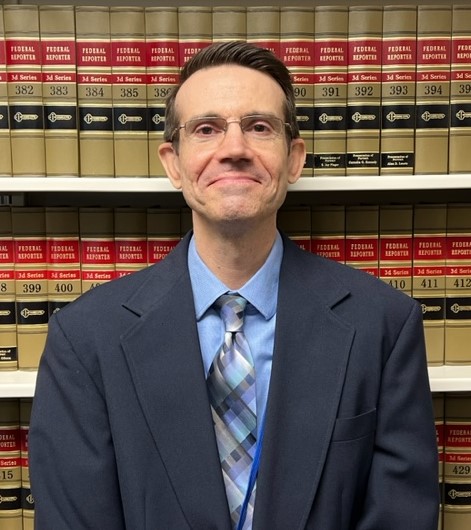 Mr. Christopher "Chris" Wright recently joined the Board as program specialist following almost twenty-four years as a human resources specialist, all but one year of which was with GSA's Office of Human Resources Management (OHRM). Prior to his time at OHRM, Chris served in the Japan Exchange and Teaching Program as an Assistant Language Teacher in the Japanese public school system in Tochigi Prefecture, Japan. Chris received his B.A. in Anthropology from the University of Virginia in 1994.

Recently, the Civilian Board of Contract Appeals (CBCA) has experienced a significant increase in the filing of challenges to debt collection claims of the General Services Administration (GSA) under the Debt Collection Improvement Act of 1996, 31 U.S.C. §§ 3701, et seq. (2018). By regulation (41 CFR Parts 105-55, 105-56, and 105-57 (2021)), individuals who are notified that the Government intends to initiate collection by administrative offset and/or administrative wage garnishment have the right to challenge the existence and/or amount of a debt, as well as any terms of a repayment schedule. The CBCA is the designated forum for those challenges. Before the CBCA was created in 2007, one of its predecessor boards, the General Services Board of Contract Appeals (GSBCA), served as GSA’s hearing official regarding such challenges. The CBCA inherited that designation when it was created.

Historically, very few debt collection challenges were filed in any given year, and decisions resolving those challenges were never published. As cases have recently increased, however, the CBCA has found it useful to refer back to earlier CBCA and GSBCA decisions that analyzed various elements of the statute, regulations, and debt collection procedures, especially concerning the burdens of proof necessary to sustain an asserted debt. To provide greater transparency and a useful resource to the public and GSA, we have decided to post both our decisions and earlier ones from the GSBCA. Those decisions, redacted to ensure the privacy of the individuals involved, are now available at "Debt Collection Cases" under the "Decisions" tab on the CBCA’s website. We will continue to post these decisions as they are issued. 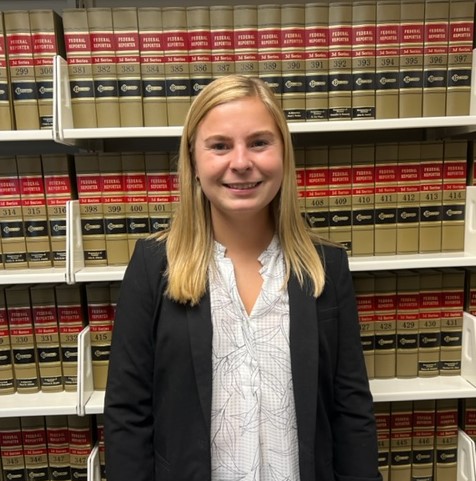 Ms. Lucinda Hendrix is a 2022 graduate of The George Washington University Law School, where she received a J.D. with a concentration in Government Procurement Law. While in law school Ms. Hendrix was the Senior Notes Editor of the Public Contract Law Journal. Her Note, Lessons from Disaster: Improving Emergency Response through Greater Coordination of Federal, State, and Local Efforts, was published in the fall 2021 issue of the Journal. Ms. Hendrix also served as the President of the Government Contracts Student Association and was a member of the Law School's Moot Court Board. She received her B.A. in History, magna cum laude, from the University of California, Los Angeles, with minors in Public Policy and Civic Engagement. 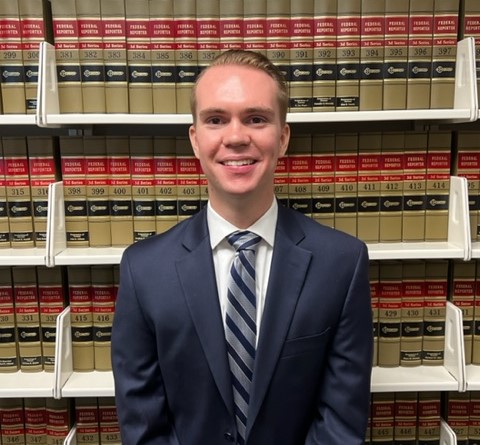 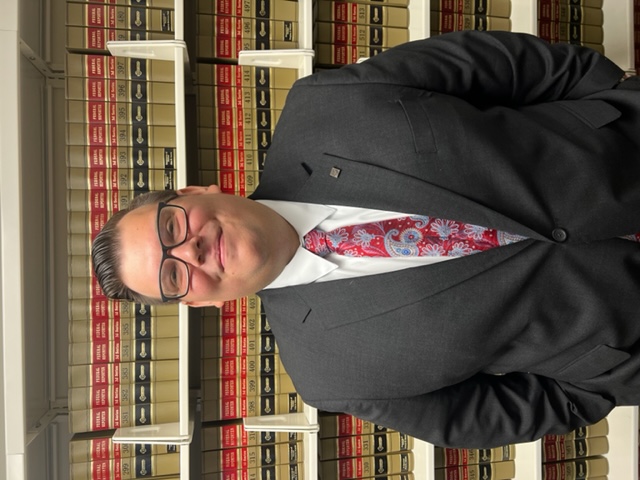 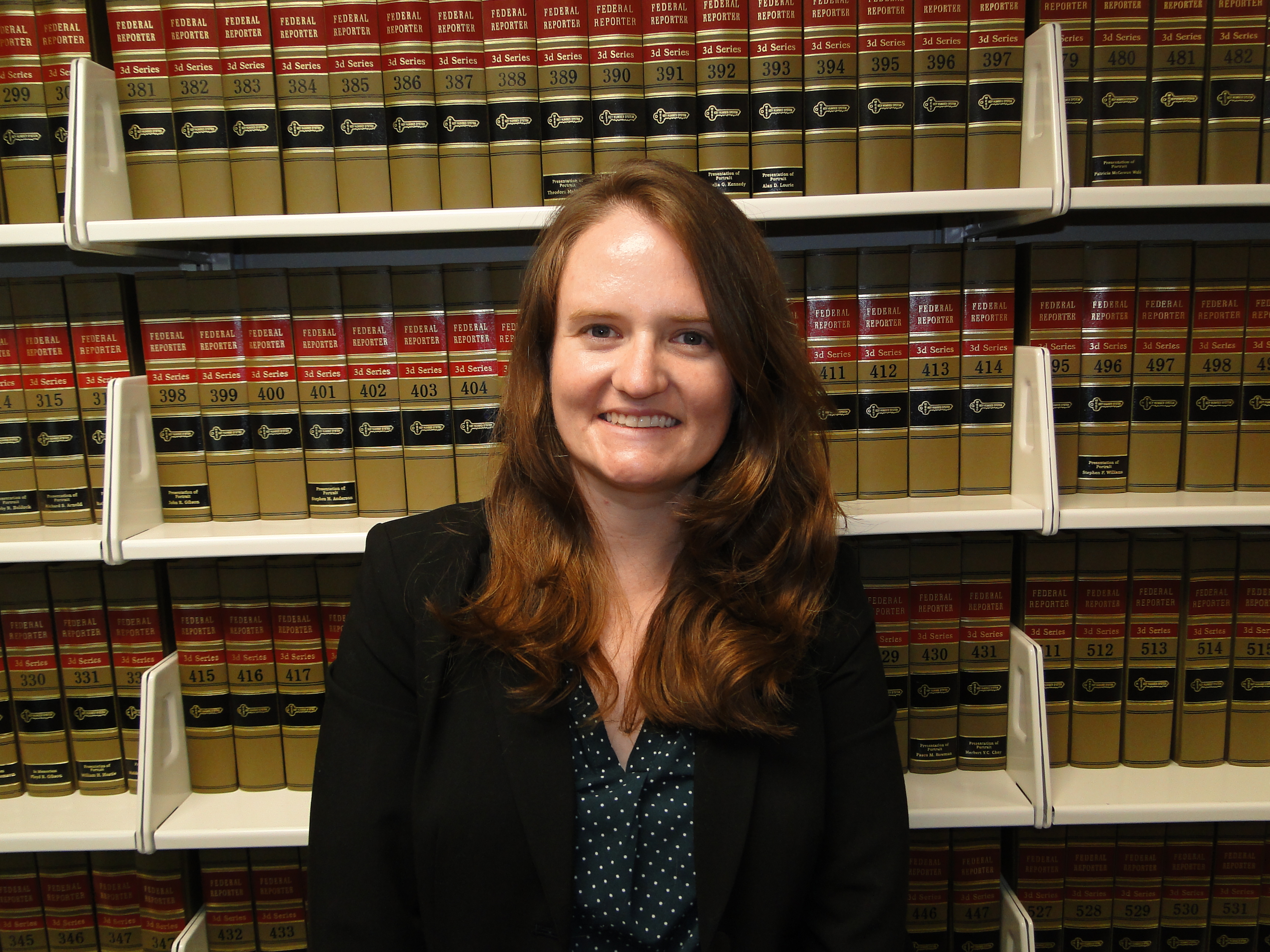 Ms. Carrie Clowney is a rising second-year law student at Georgetown University Law Center, where she is an active member of the Women's Legal Alliance and the Hoya Lawya Runners. Prior to enrolling at Georgetown Law, Carrie managed projects in Afghanistan, Egypt, and Latin America on behalf of USAID and Department of State funded contractors. She also served as a Grants and Budget Analyst for the Department of State's Fulbright Program. Carrie received her B.A. in Political Science with a concentration in Middle Eastern and Islamic Studies from Haverford College in 2014. 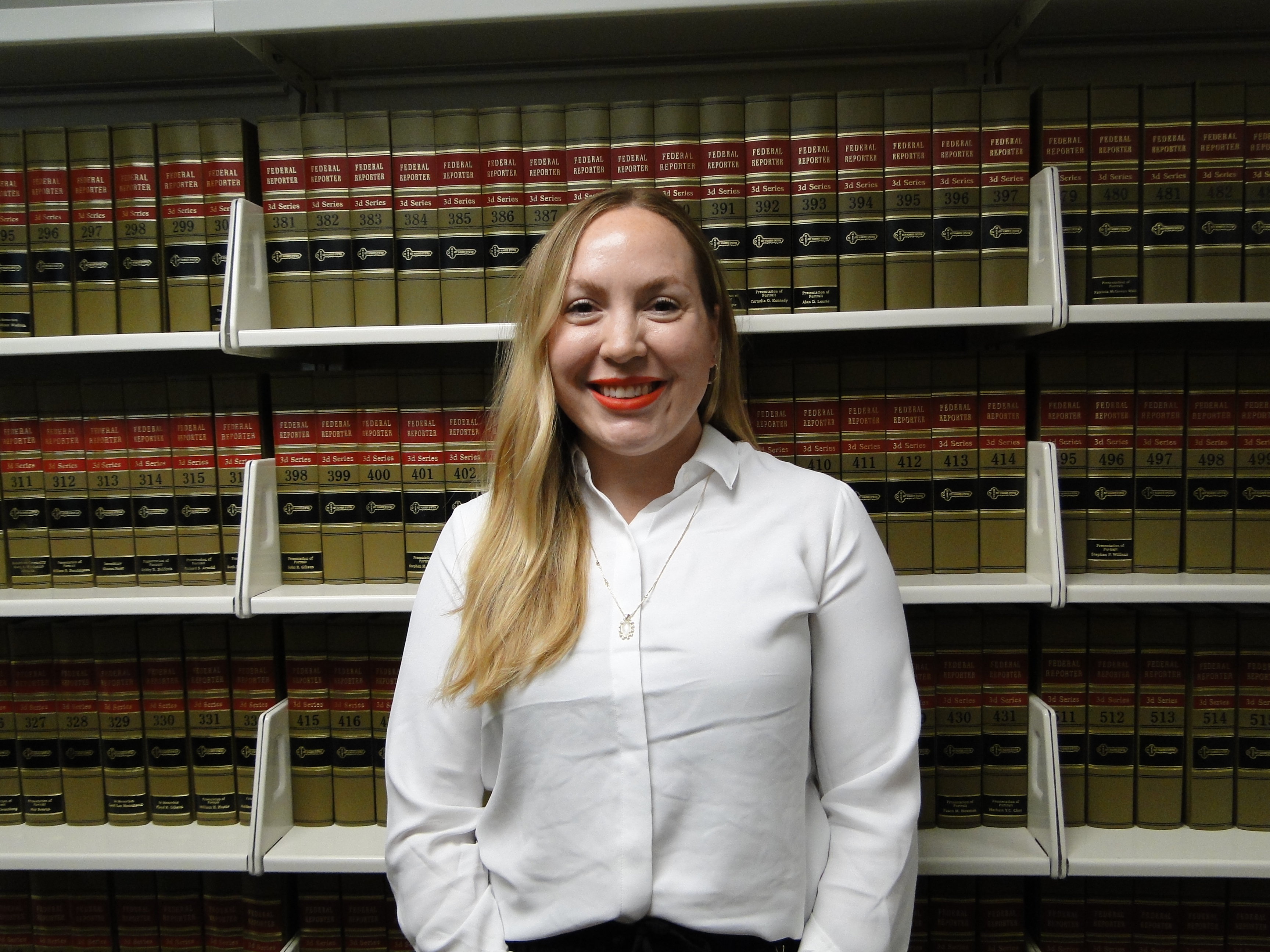 Ms. Megan Hovious is a rising second-year law student at the University of Maryland Francis King Carey School of Law, where her primary interests are financial controversies and litigation. In addition to her duties at the Board, Megan serves as a research fellow in Maryland's Lawyering Skills program. Since graduating from Butler University with a B.S. in Accounting in 2010, Megan has worked in corporate, nonprofit, and tax accounting. She has her Certified Public Accountant license in both Indiana and Maryland. 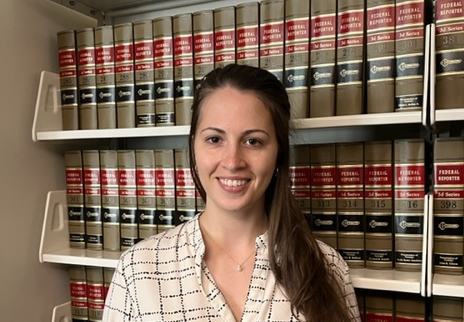 Ms. Sophie Marsh is a rising third-year law student at The George Washington University Law School. Sophie is currently pursuing a concentration in government contract law and is a Senior Articles Editor on the Public Contract Law Journal. Sophie interned at the CBCA, U.S. Court of Federal Claims, Office of Special Masters, and Children's Law Center during her second year of law school. Sophie also worked as a legal assistant at LexisNexis prior to starting law school. Sophie received her B.A. in Philosophy and Psychology, with a minor in Communication Studies, from the University of Denver in 2018. 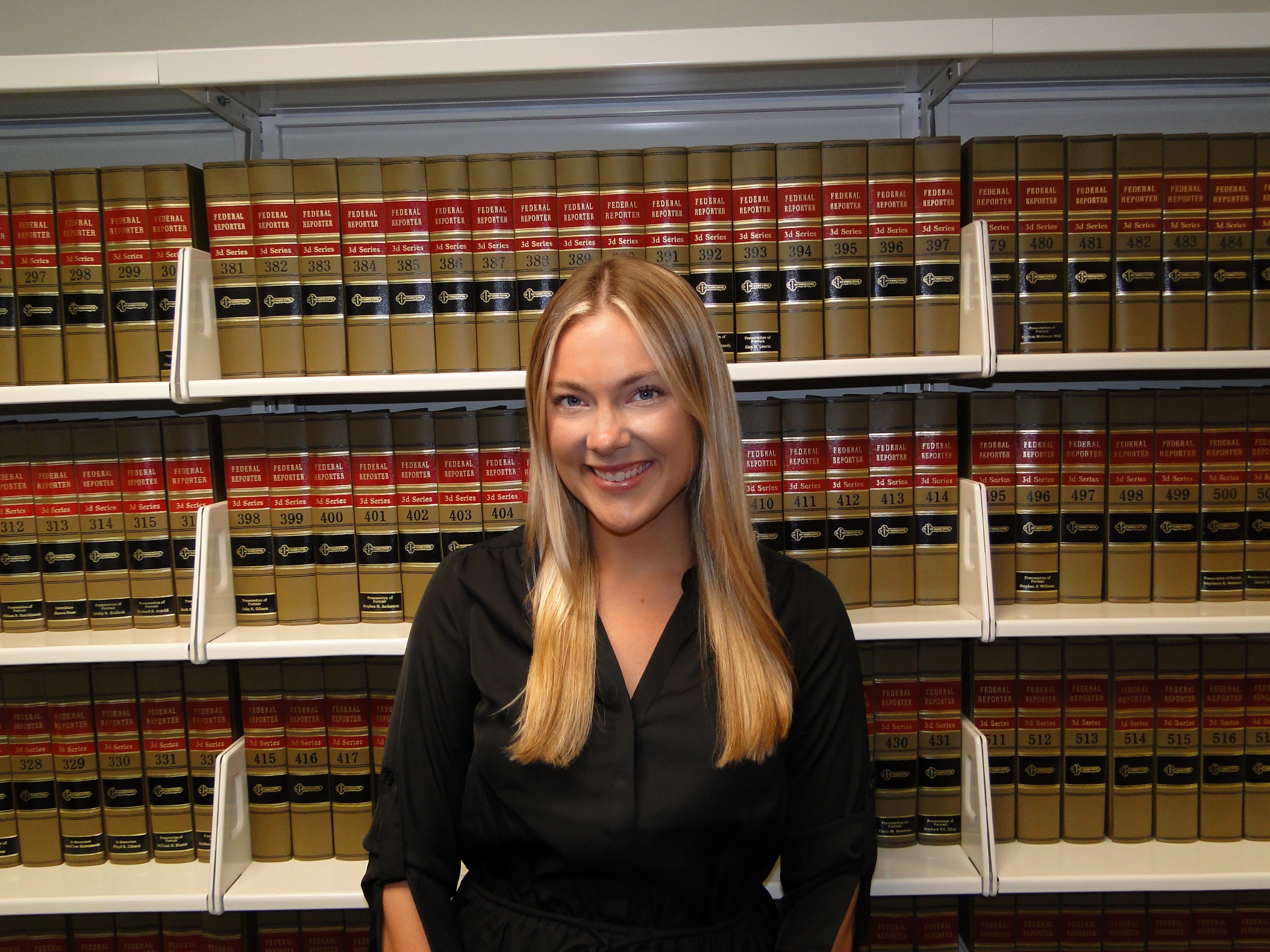 Ms. Taylor McDaniels is a rising third-year law student at The George Washington University Law School and has focused her academic work in government contracting. Taylor currently serves as one of the Senior Managing Editors of the Public Contract Law Journal. During the school year, Taylor worked as a legal intern for GSA's Acquisition Policy Division, where she reviewed, analyzed, and drafted GSA acquisition policy and guidance. In 2020, Taylor received her B.B.A. in Management from the University of Kentucky. . 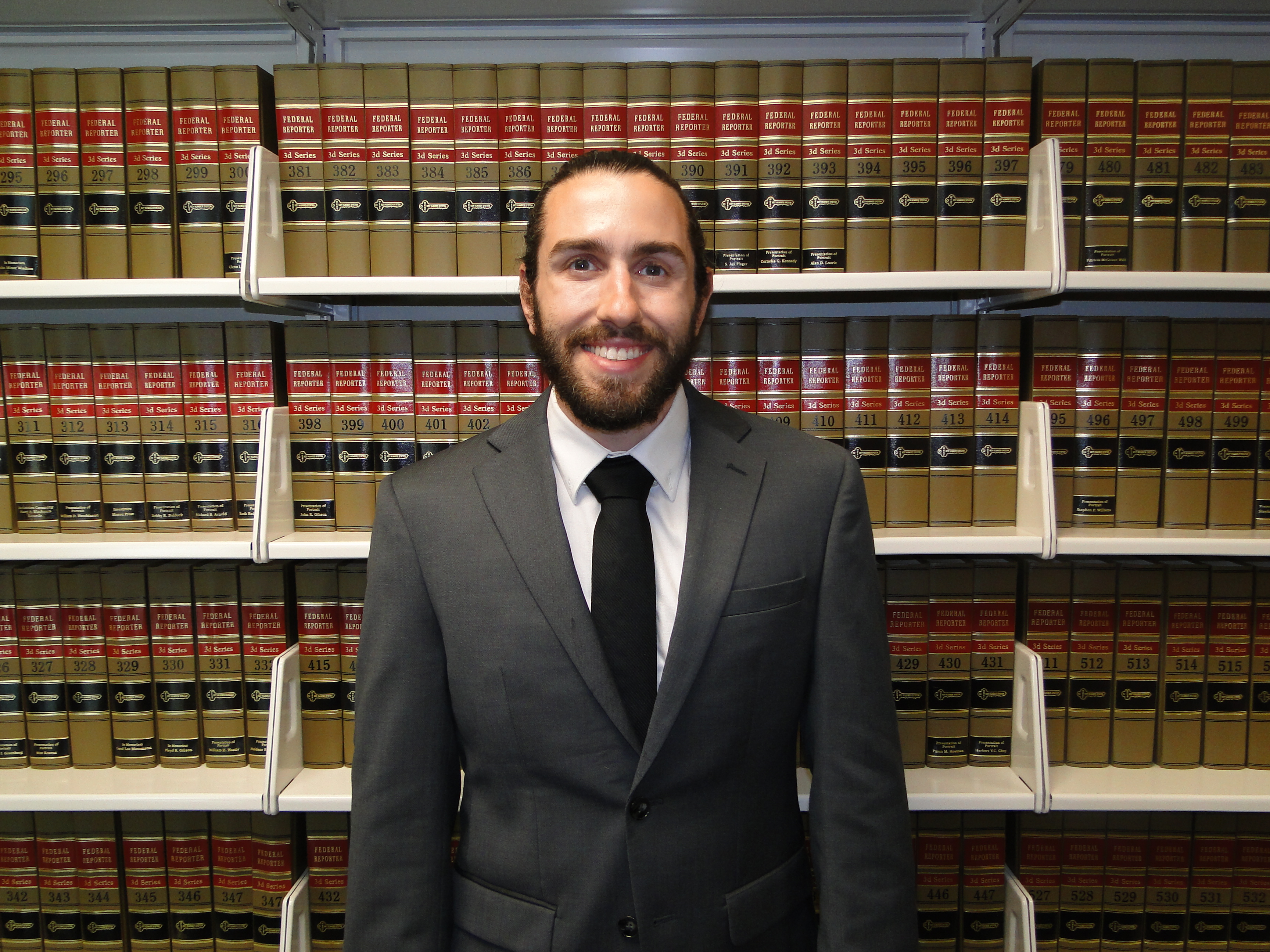 Mr. David Warren recently joined the Board as a full-time budget management analyst following five years as a program analyst for GSA's Technology Transformation Services (TTS). Prior to his time with TTS, David served as a Peace Corps volunteer in the Republic of North Macedonia. David received his B.A. in Political Science with a minor in Economics from Illinois Wesleyan University in 2012 and his M.A. in Political Science from Illinois State University in 2016.